Kaplan and Brennan LLP was established in 1986 and maintains its office in Plainfield, Connecticut.  The firm has two partners, B. Paul Kaplan and James F. Brennan, as well as two associates, Daniel R. Brennan and Thomas M. Brennan.  Kaplan and Brennan LLP take pride in its representation of clients in real estate transactions, probate matters, personal injury matters, and small business matters.  The firm takes time to explain complicated legal concepts and transactions to ensure that clients understand the work we do for them and precisely what they are paying for. 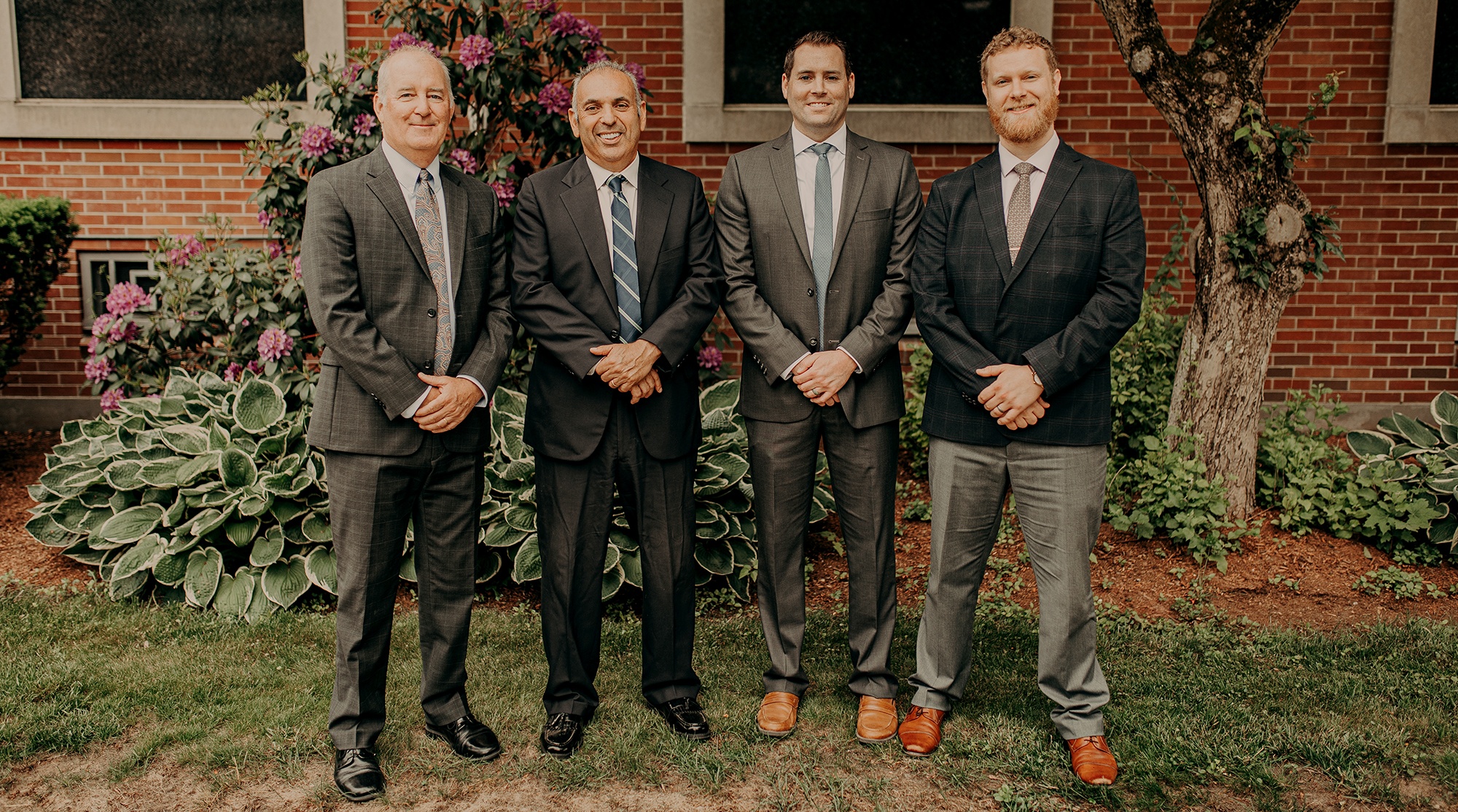 Paul founded the law firm over 40 years ago.  He has extensive knowledge in Probate Law and drafting Wills as well as real estate law, commercial and residential closings, and civil and criminal litigation.  He has practiced before the Connecticut Superior Court, Appellate Court, and Connecticut Supreme Court and is admitted to practice before the United States Supreme Court.  Attorney Kaplan has served as a Fact Finder in the Superior Court for over 20 years and has served as a Small Claims Judge.  He is the past president of the Plainfield Rotary Club and The Plainfield Chamber of Commerce.  He is a past member of the Plainfield Lions club.  He is a graduate of Plainfield High School, The University of Connecticut, and the University of Bridgeport School of Law (Now Quinnipiac School of Law).  Attorney Kaplan has been a member of the standing committee for admission to the bar for Windham County and has been the Chairman of the Court Visitation program for Windham County for over 20 years.

Jim focuses his legal practice in the area of residential and commercial real estate, including purchases, sales, refinances, and property-related issues.

Jim was admitted to the Connecticut Bar in 1984 and began practicing law with the Hartford law firm of F. Timothy McNamara as a civil trial attorney.  In 1986 he joined Attorney Paul Kaplan in the practice of law in Plainfield, Connecticut, and in 1989 they formed the firm of Kaplan and Brennan LLP.  Jim is a third-generation attorney, following in the footsteps of his father and grandfather. He now has the extreme pleasure of practicing law with his sons Attorney Daniel R. Brennan and Attorney Thomas M. Brennan.

Attorney Brennan is an avid kayaker, bicyclist, and native plant enthusiast.  He enjoys spending his free time exploring the beautiful rivers and roadways of northeast Connecticut.

Dan was raised in Pomfret, Connecticut, and attended Pomfret Community School and Woodstock Academy.  Dan is a 2008 graduate of Providence College and a 2011 graduate of Suffolk University Law School.  Dan was admitted to the Connecticut Bar in 2011 and immediately joined his father, Attorney Jim Brennan, and Attorney Paul Kaplan at Kaplan and Brennan LLP.  Dan resides in Brooklyn, Connecticut, with his wife and two children.

Dan’s law practice focuses primarily on the representation of individuals and businesses in both residential and commercial purchases, sales, and refinances.  With over ten years of experience, Dan has handled all kinds of real estate transactions ranging from simple first-time home buyer closings to complex commercial transactions.  Dan enjoys working closely with local banks, credit unions, mortgage brokers, and realtors to help his clients navigate the homebuying process.  Dan’s other areas of practice include business formation and landlord-tenant disputes.

Tom started working as an attorney at Kaplan and Brennan LLP in September of 2021. He was born and raised in Pomfret, Connecticut, and attended High School at Woodstock Academy, graduating in 2011.  He spent four years in Philadelphia, Pennsylvania, attending Temple University, graduating in 2015 with a bachelor’s degree in Criminal Justice.  From 2015 through 2018, Tom worked in the Clerk’s Office of the Danielson Superior Court.  He decided to follow in the footsteps of his Father, Jim, and Brother Dan and attend law school.  Tom attended the University of Massachusetts School of Law from 2018 through 2021.  He was a Lead Editor of the University of Massachusetts Law Review and graduated Magna Cum Laude.

Tom’s legal work focuses on real estate closings, but he also helps clients to start LLCs for their businesses.  Tom is a member of the Connecticut Bar Association and the Windham County Bar Association.  Tom lives in Rhode Island with his wife, and he spends his downtime enjoying nature, watching basketball, and playing the guitar.